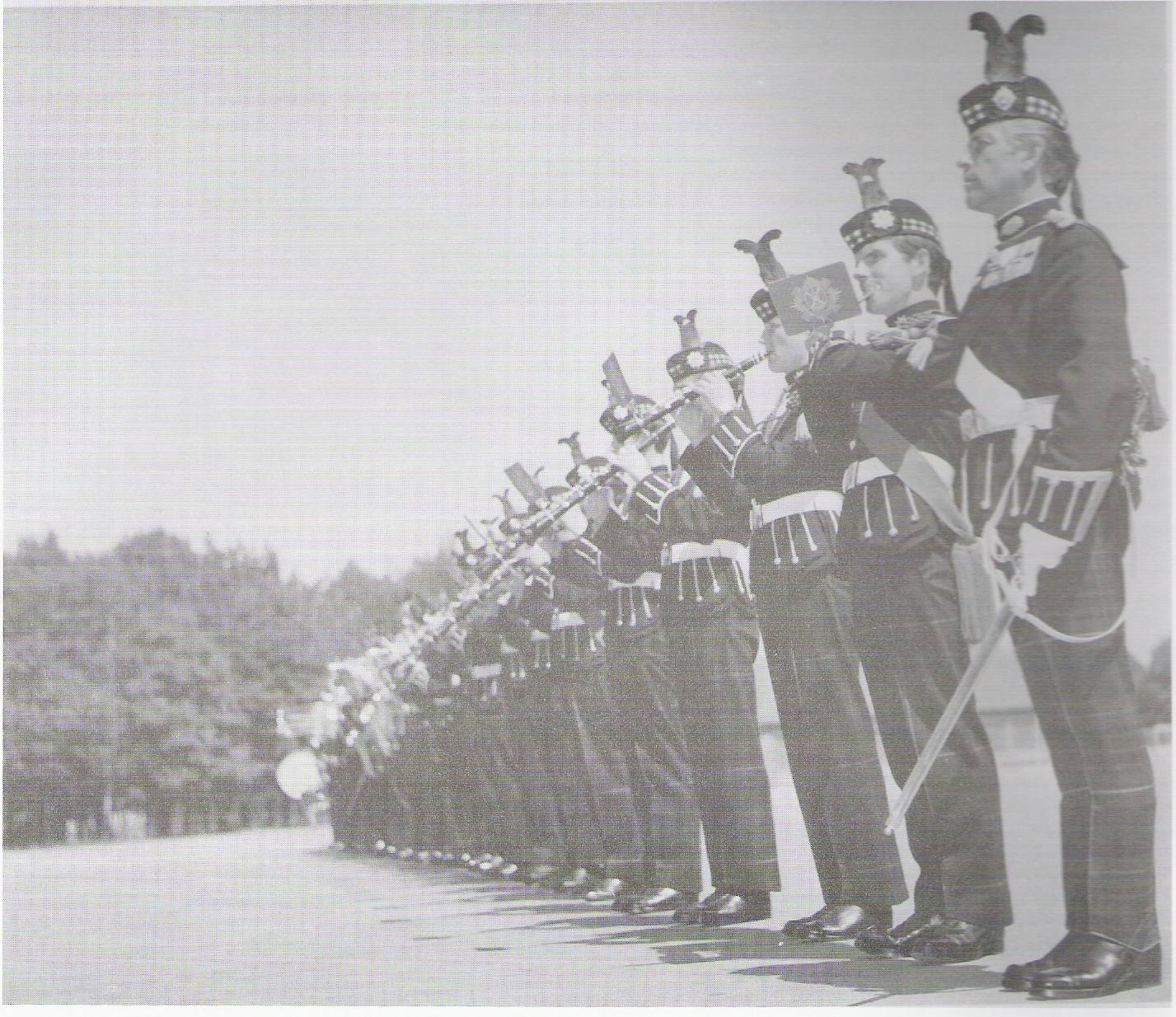 A PR photo taken in Germany. Bandmaster is the late WO1(BM) Bryan Briggs-Watson. A very kind man responsible for encouraging many young people into a lifelong interest in music through his thoughtful words, charisma and manners. The band still carries an Eb clarinet in this photo-and did so well into the 1980s. Bryan was Band Sergeant Major of the Highland Light Infantry Band then Royal Highland Fusiliers in 1959 before going on to train as a student bandmaster. Eventually became a Lieutenant Colonel in the Omani music services. Retired to Lincolnshire. Died in October 2012.

Oops, you forgot something.

The words you entered did not match the given text. Please try again.